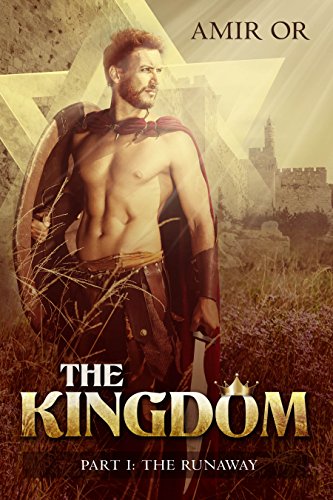 In The Kingdom the biblical King David becomes a real flesh and blood man: ambitious renegade, boundless lover, politician, tormented father, poet, and despot. In a world of prophecy and magic, David becomes King of Israel and establishes a Hebrew empire. Gods, men, kings, women, and heroes are thrown into a whirlpool of passion, love, power, and adventure.

David's official history already appears in the Bible, but he wishes the "true story" of his life to be known. The Kingdom portrays King David as a real flesh and blood man: ambitious renegade and strategist, boundless lover, tormented father, politician, poet, and despot.Power, passion, love, and adventure in a remarkable rendering of the biblical story

It's the 11th century BC, and David struggles to establish a Hebrew empire in what had been the Canaanite lands. Gods, men, kings, women, and heroes are thrown into a whirlpool of passion, adventure, and the struggle for power.Search your soul through this biting satire on contemporary reality

Not only a historical novel, The Kingdom is also a satire on contemporary reality with a critical view of the Jewish national story. It offers a stinging inditement of modern Israeli politics.