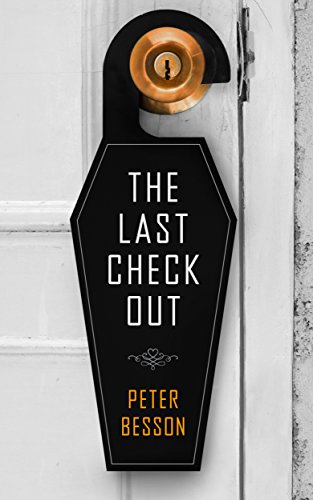 By the year 2031, suicide is permissible in legally sanctioned ‘Last Resorts’. You can check in, but you can only check out feet first. Ansel Greyson is ready to take the last step – until he meets the love of his life. Who just checked in herself.

If there ever was a bad time to fall in love, dangling by the neck from a rope tied to a chandelier would be it, but love just doesn't care...

By the year 2031, global warming cooks the planet, endless wars sweep the globe and pollution tries to finish everybody off. Science has declared re-incarnation a fact and legally sanctioned death houses have sprouted up like mushrooms in overcrowded cities. Those so-called 'Last Resorts' provide the paying guest with the tools and the know-how for a successful exit from life—with one simple rule: once checked in, the check-out is feet-first only.

Nobody leaves a 'Last Resort' alive.

Ansel Grayson has been a resident at the 'Hotel Terminus' for over twelve years, unable to take the last step. On the day he finally works up the nerve to check out and hang himself, he is interrupted by Nikki Forlan, the most recent addition to the guest list.
Ansel and Nikki, broken by life, find themselves drawn into each other's orbit, and with their final check-outs looming, they try to discover a reason to live, certain they will have to die.