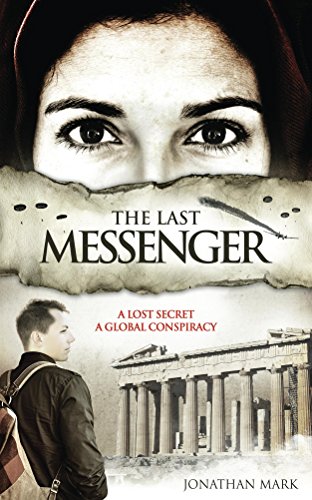 Crete 1941 - a scroll is discovered by Callidora who must conceal the secret from the Nazis. London 2005- Richard, helps a Muslim man dying of injuries sustained by a suicide bomb . What is the connection ? Terrorists want the secret revealed while the CIA, Mossad and MI6 want it destroyed.

CRETE 1941 - A LOST SECRET IS DISCOVERED

During the German invasion of Crete, an air raid destroys a church revealing an ancient Christian scroll buried under its foundations. It is discovered by Callidora, a young Cretan shepherdess. She meets Hans, a German paratrooper who helps her understand the significance of the scroll. Callidora's family accuse her of collaboration with the enemy and disown her. While Hans' commanding officer, Captain Wolfgang Kohlenz, will stop at nothing to force Callidora to reveal the scroll's secret.

Richard Helford, an MI6 analyst caught up in the London bombings, helps Masood, a Muslim dying from injuries sustained by the bomb on the Piccadilly line. Masood appears to recognise Richard, who wonders whether they'd met in Iraq when he'd worked there during the occupation by Allied forces. Richard had returned to London, traumatised after his SAS bodyguard was killed by a suicide attack. The London bomb begins to trigger his recollection of the incident in Iraq which had previously been lost in his memory. As Richard searches for answers he discovers a family secret which draws him into a conspiracy of global significance.

What is the connection?

If its secret is revealed, it will invoke the terrifying predictions of the Book of Revelations. The book that predicts the end of the world. Arab terrorists want the prophecy revealed but the CIA, Mossad and MI6 want it destroyed.

What is the conspiracy of The Last Messenger?