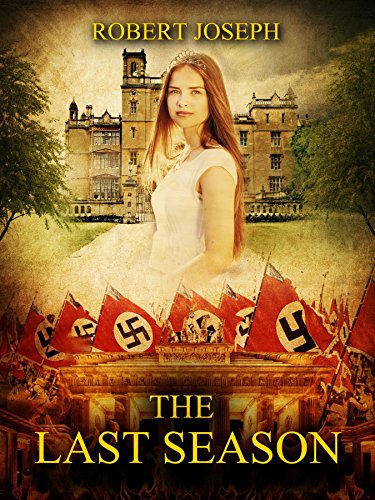 On the eve of World War II a spoiled and beautiful British debutante must make the decision whether or not to help her German rival for the man she loves to escape from the Nazis in Germany at enormous personal risk and sacrifice.

In 1938 Britain, while war with Nazi Germany looms, the extravagant lifestyle of the English elite goes on. The so-called 'Season' is beginning, a traditional period during which marriageable young ladies of the aristocracy enjoy lavish balls and are 'presented' to the monarchy as they enter high society. This year, it is 18 year old LADY MARY ASHMORE'S turn.

Mary hopes that her escort to her ball will be the object of her desire: the sensitive and fiercely patriotic LORD ANDREW BUCKFORD. Although Andrew's roguish younger brother NICHOLAS has his eye on Mary, she shuns him because of his reputation as a womanizer and rumors that he is involved in activities possibly detrimental to Britain.

Mary is devastated when she discovers that Andrew is deeply in love with her German-Jewish tutor RUTH HERZOG. Learning of the situation, Mary's mother, LADY CELIA, immediately discharges Ruth, sending her back to Nazi Germany. There, she is forced to live under deplorable conditions in a Jewish ghetto, a stark contrast to the German life she once knew.

Shocked by Ruth's sudden departure, but aware that Mary plans a visit to relatives in Berlin, Andrew, who has joined the Royal Air Force, secures documents enabling Ruth's return to England. He pleads with Mary to deliver them to Ruth, and she reluctantly agrees. Mary's jealousy, however, gets in the way.

In Berlin, Mary confronts the harsh reality of Nazi militarism, extreme anti-Semitism and the ever-present threat of Ruth's deportation to one of Hitler's death camps. In addition, she must contend with her radical cousin HEINZI who is active in the Hitler Youth movement and lusts after Mary. Nicholas surprisingly turns up in Berlin on business, and Mary gets an inkling that the mysterious project with which he is involved may prove far more powerful and important than anyone ever dreamed.

After a long personal struggle, Mary realizes the harm her selfish emotions and unrequited love have caused and embarks on a dangerous plan to help Ruth escape Germany.