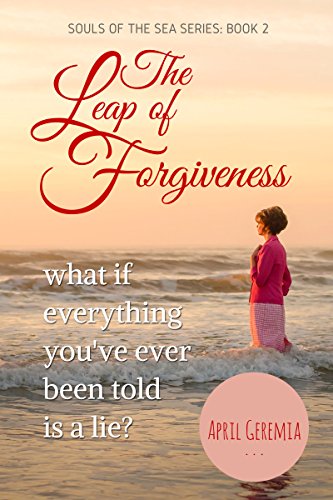 The Leap Of Forgiveness

Joshua is a man in love, but experiencing his mother’s death as a child has crippled him emotionally. And his love, Isabelle is tired of waiting. Then he begins to receive lavender scented letters signed “Mama.” If you love inspirational romantic mystery books ripe with emotion, download it today!

What if everything you've ever been told is a lie?

When Joshua was just a young boy in the 60's, he was told his mother took her own life and left him to be raised by an emotionally absent man and a woman who had slipped into insanity because of the death of her own child. Those circumstances affected every aspect of Joshua's life but it wasn't until he met Isabelle, the red-haired bookstore owner on Bell Island, that he realized just how emotionally stifled he was. He loved her, but his tragic past kept him from fully committing. And Isabelle was tired of waiting.

Then lavender scented letters began arriving in Joshua's mailbox. The letters were signed "Mama," and they filled in the missing pieces of his early life with his mother, including why her own turbulent love story caused her to walk into the ocean one day in her best suit. They also contained God-inspired wisdom that had the potential to set Joshua on another path.

But Joshua must determine whether the letters are truly from his mother, who he believes has been dead for 20 years, or if there is an even deeper mystery that will finally explain the heartbreaking events of so long ago.