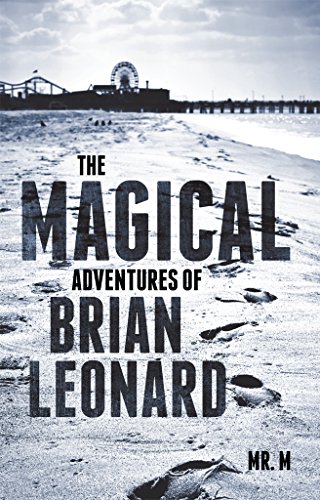 The Magical Adventures Of Brian Leonard

Brian is a quick witted middle school boy trying to survive popularity, girls, and everything that comes with those chaotic years. To make matters worse, Brian's mother has been kidnapped by an evil ghost and taken to a place called the Far Beyond. Brian comes to the chilling realization that in order to take down a ghost he must become one!

Brian's just an ordinary teenager, struggling with the usual trials and tribulations of junior high. He's just started dating Sophia, and he hopes the upcoming school dance will be a memorable event. Unfortunately, he's right.

Hanging out with Sophia and his best friend, Johnny, Brian's shocked to see his uncle Bobby at the dance. This isn't an ordinary case of teenage embarrassment—Bobby's been dead for years. After warning Brian to stay away and spitting ectoplasmic goo at him and Sophia, Bobby's spirit flees, pursued by another long-lost uncle named Huck. As dates go, this one sucked.

Brian quickly discovers his spooky encounter was a warning. The spirit of his black-magic-wielding grandmother Esther is restless, and way too active for anyone's good. Thirsting for revenge on the family that rejected her evil, Esther traps Brian's mother and Huck in a ghostly dimension, a terrifying place known as the Far Beyond.

To save his mother, Brian's going to have to enter the Far Beyond, master his dormant spirit powers, battle Esther's ghostly minions, and defeat the witch herself. Maybe he should have taken Sophia to the movies instead.