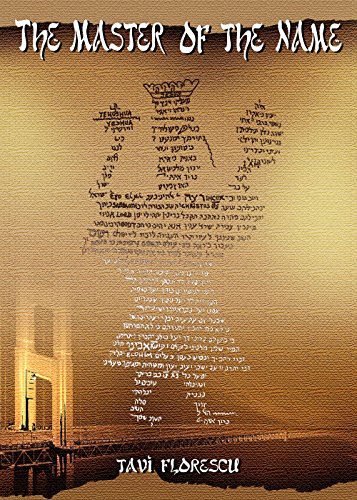 The Master Of The Name

Every believer prays to God, but only a few chosen—The Masters of the Name—know His true Name. When a Hasidic Rabbi is found dead at his mansion, Detective Gray teams up with a renowned scholar, who unveils the link between the murderer’s messages and a mysterious medieval manuscript.

YHWH—the holiest Name of God, revealed to Moses on Mount Horeb, the most powerful Name in this world and in The World to Come, the Name that gives both life and death. Its true pronunciation was lost with the destruction of the Second Temple, yet some Jewish tales say that even today there are a few chosen ones, known as Baalei Shem or Masters of the Name, who are able to utter the Ineffable Name and thereby perform miracles.

When one such Baal Shem, an Hasidic Rabbi, is found dead at his mansion in Tiburon, CA, with a cryptic bloody message inscribed on his forehead, Detective Gray prime suspect is Tobias Serebrennikoff, a professor of literature at UC Berkeley and a J.D. Salinger's epigone, who becomes a fugitive with the help of a girl, a loyal student, Maggy Vetrini. Tobias's flight from the law turns into a road romance and an eventful pilgrimage, in an effort to reconnect with his Orthodox Christian roots and to prove his innocence before the police find him.

Detective Gray makes use of the expertise of a renowned Jewish scholar, who unveils the link between the murderer's codified messages and a strange piece of evidence, a medieval manuscript—Sefer ha-Shem (The Book of the Name)—by Rabbi Eleazar of Worms, a famous medieval Cabalist, wonder-worker and golem-maker. Following every available clue, Gray comes to believe that Tobias is just a scapegoat for the real killer, who devised an arcane murder to cover more mundane reasons.