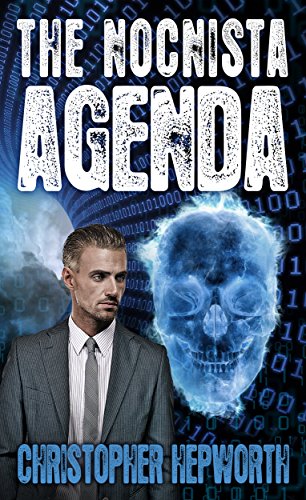 Imagine if a careless social media posting could not only cost your career and reputation, it could cost you your life .

Imagine if a careless social media posting could not only cost your career and reputation, it could cost you your life.

When sociopathic media tycoon, Leo Wulff acquires elite British social media company, Smart Lifestyle, he creates a secret database known as Nocnista to manipulate his victims' Internet profiles to the extent it costs them their job, reputation, or even their life.

When Smart Lifestyle runs into commercial trouble, Wulff sends in a brilliant negotiator, Sam Jardine to war torn Ukraine where he collaborates with some dangerous characters to secure the largest data centre in the world. But Sam finds himself in direct competition with the Russians, who need the data centre to fuel their next generation spy programme.

Wulff becomes the 'Keeper', extends his zealous campaign of assassination into Russian elite society, and destabilises an already volatile region, plunging the world into crisis. His murderous social algorithm uncovers a conspiracy by a group of Ukrainian monks, intent on restoring the Tsarist Rurikid regime personified by the notorious Ivan the Terrible.

As Sam falls for a stunning local politician, Natalya Alexandrova, he becomes a pawn in her ambitious plans for the rebel Donetsk People's Republic. Only his extraordinary negotiation skills and his beautiful, but volatile Cossack protégé, Xenia stand in the way of the new ultra-nationalist regime seeking to reconstruct the Russian empire.