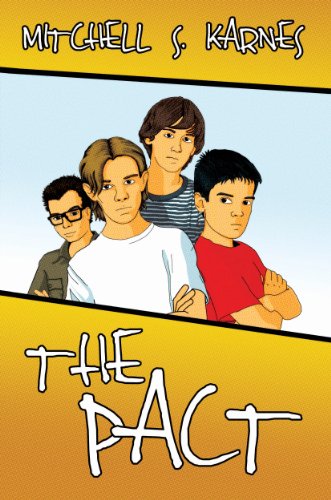 Scott Addison never set out to be a hero. But sometimes, no matter how hard you try, you can’t run away from destiny.

Scott Addison never set out to be a hero. But sometimes, no matter how hard you try, you can't run away from destiny. On the heels of his father's death, Scott and his mother move from Iowa City, Iowa to the small Southern Illinois town of Meadowbrook. Scott just wanted to blend in…to observe quietly…to be one of the kids.

Unfortunately for Scott, his instincts, heart, and integrity took over on his first day at his new middle school. Scott stood up to and faced down three larger boys torturing a wiry little boy named Paul. This simple act of kindness and chivalry put Scott in the midst of the conflict and on the receiving end of the bullies' antics.

Paul introduces Scott to two high school friends who just happen to play Warriors & Thieves, Scott's favorite role-playing fantasy game. The game and his new friends provide a much needed escape from both his past and his present troubles…at least for a while.

But no matter how hard Scott tries to blend in at school, his pet peeve of bullying and his overwhelming sense of right and wrong continue to push him into the limelight, bringing praises from many, but more opposition from the bullies. When the hazing goes too far Scott decides it is time to take a stand…no matter the cost. Of course, sometimes, that's the price heroes must pay.