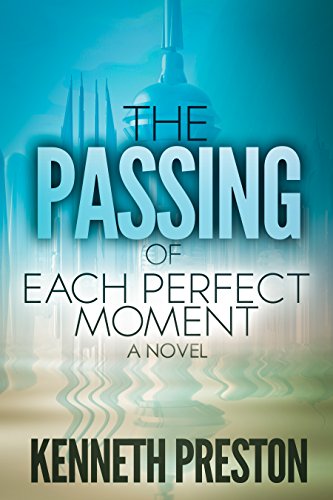 The Passing Of Each Perfect Moment: A Novel

Young Emily suddenly, inexplicably, finds herself alone in the world. Her friends, her family, the entire human race has vanished. In her search for answers, Emily begins a quest that will lead her to a planet sixteen light years away where she will find the answers she has been seeking.

Nineteen-year-old Emily Díaz is lost, left to wander in a familiar landscape devoid of life. She is lost in a world in which her friends, her loved ones, the entire human race has moved into the future without her. Racing to catch up, she finds herself in a shocking new world, a futuristic world of incredible advancements.

Medicine is extending human life, giving scientists reason to believe that immortality will one day be a reality. Famine and poverty have been eradicated. World peace has been achieved. Humanity is reaching deep into the cosmos. It is all so perfect...perhaps too perfect. Emily is skeptical. She begins asking questions.

As she finds cracks in the utopian facade, a powerful force from a distant world begins to call to her, begins to beckon her. It wants her, and it will not give up until it has her. She finds herself torn, both terrified and entranced by this mysterious force. She wants to run from it but is inexplicably drawn to it. She doesn't know what it wants or why it only wants her, but as time marches on, her compulsion to face it begins to take precedence over her fear.

Her determination to face the mysterious force sets her on the path toward an unexplored planet sixteen light-years away...where it waits for her...waits to answer the questions she has been asking...waits to show her what it has in store for her...waits to fulfill her destiny. Emily Díaz has a date with destiny. It is a destiny that will have a monumental impact on the fate of humanity.