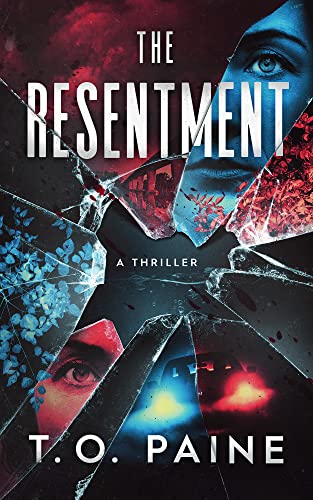 They killed her husband. Now, they’re going to kill her son. The Resentment is an emotionally charged thriller about anger, addiction, and redemption with more twists than a night on the town. You’re only as sick as your secrets . . .

They killed her husband. Now, they're coming for her son.

Lauren Kaine has everything she ever wanted — a fabulous home, a shiny Lexus, a bright sixteen-year-old son, and a loving husband with a lucrative internet career. Tonight, she walks hand-in-hand with William beneath the lustrous Seattle sky, celebrating twenty-two years of marriage.

But they’re not alone.

A mysterious black Audi comes out of nowhere and chases William onto a bridge. He shouts, “They’re here for the card,” and falls to his death. Enraged, Lauren attacks the car, but the tinted windows hide the driver’s face, and it speeds away.

Still mourning, she sets out to find her husband’s killer when a stranger calls and demands the card. William never mentioned a card, and she doesn’t know where it is. The stranger follows her. He torments her. He threatens to kidnap her son and throw him into the same river that killed William.

And it’s not just the stranger.

Black cars lurk around every corner. William’s co-workers refuse to talk to her. Her brother-in-law resurfaces after years of silence, and he knows something, but she’s running out of time. She searches for the card, and the past pulls her back to the first time someone kidnapped her son. Back to her resentment. Back to the truth.