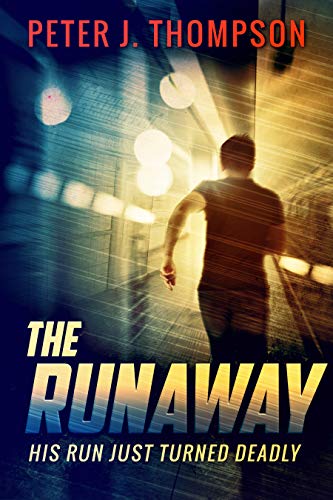 A corrupt corporation. Ruthless assassins. Will the family that runs together… die together?
15-year-old Zach Monaghan has run away from the Witness Protection Program, but escaping his fake identity won’t last long if two contract killers catch up to him. With non-stop action and high tension, you will love this page-turning thriller.

A corrupt corporation. Ruthless assassins. Will the family that runs together… die together?

Fifteen-year-old Zach Monaghan has a target on his back. In the witness protection program for his father’s whistleblowing, he’s now run away, back to his old home in Chicago. Zach wants to get back to his friends and to Lindsey, the girl he’d met right before being whisked off in the middle of the night. But escaping his fake identity won’t last long if two contract killers catch up to him…

Big Joe Gorski has climbed the ladder from street thug to tycoon. Now he’s got it all—riches—status—police, and politicians in his pocket. But life at the top is suddenly unsteady and one slip can bring it all down. With a scheming partner, politicians who won’t stay bought and Feds breathing down his neck, Gorski has to move carefully. But being careful goes against his nature. He’s a raging bull and he’ll do whatever it takes to keep what he has … let the bodies fall where they will.

As the ruthless killer draws closer to Zach, surviving the greedy corporate plot may force the whole family to get their hands bloody…