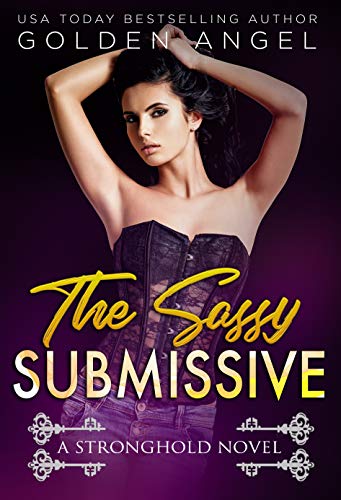 A Dom with trust issues and a submissive pretending to be something she's not... what could possibly go wrong? Angel is new to the scene and being as careful as she can - which means masquerading as a mistress. But when she meets Master Adam, all bets are off.

A Dom with trust issues and a submissive pretending to be something she's not... what could possibly go wrong?

After years of reading but never doing, Angel is finally ready to explore her fantasies in real life. The only problem? She'll have to learn the ropes all alone. Adopting a false Mistress persona for one club, to explore the lifestyle, she sets her sights on eventually taking the plunge at yet another club, Stronghold, as who she really is. But there's an unexpected complication: on the very first night of her experiment, pretending to be something she's not, she finds herself irresistibly attracted to one of men she meets.

Master Adam is looking for a relationship and when his path crosses with an attractive but unfamiliar face at Chained, he's immediately intrigued... and ultimately disappointed when she introduces herself as 'Mistress'. It's a perfectly ordinary encounter, but days later Adam still can't get the beguiling woman out of his head.