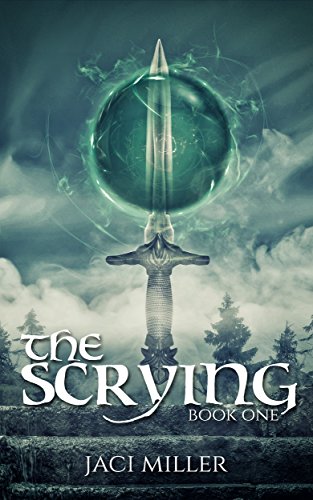 A long-forgotten past is revealed, born from a prophecy that was written before the time of man. An archaic evil is coming and only those born from the ancient blood and marked by fate can stop its ascent. Sacrifices will be made and lives will be altered, for a dark destiny is rising

The Scrying is a dark, romantic tale of perseverance and self-sacrifice where one destiny is defined by both a forgotten past and the fate of the future.

A modern witch, an ancient warrior, two worlds about to collide.

Dane Watts-Callan's destiny has always been complicated, she has been a witch living in a modern world since her "awakening" at thirteen. Now on her thirty-first birthday an ancient family legacy is revealed—a birthright written in a time before man, in a world silenced by a haunting past. Searching for answers she journeys to the magical realm of her ancestors where she is confronted by the only person that still exists on this archaic world.

Rafe Morrighann, is an ancient immoral warrior whose destiny has left him waiting for billions of centuries for the prophecy to pass. When Dane appears in his world he knows the evil that decimated the ancient realms is about to rise again. As they work together to uncover the secrets of the prophecy and unlock the power of the ancient magic, he realizes that his destiny is intertwined with her own, igniting an attraction that neither can control nor escape.

Dane must rely on the power and knowledge of her birthright, before the evil of the past is unleashed and the modern world is plunged into an ancient hell, for a dark destiny is rising.