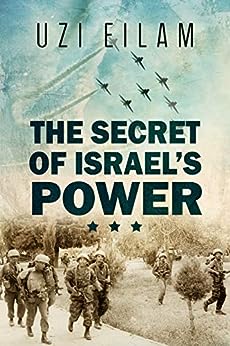 The Secret Of Israel’s Power

This is the inside story on how Israel became a military technology powerhouse within less than two generations, told by Brigadier Uzi Eilam, who created far-sighted R&D programs in a complex strategy that spans continents and armies.

The successful track record of Israeli innovation policies, told from within.
This is the inside story on how Israel became a military technology powerhouse within less than two generations, told by Brigadier Uzi Eilam. The story blends the broad view of a person who led the creation of incredibly far-sighted R&D programs, with intimate portraits of the main players in a complex strategy that spans continents, corporations and armies.

Eilam’s story focuses on Israel’s decision to add technology to the military factor when creating attack and defense mechanisms, against its threats. Eilam also tells how Israel, with its persistence, courage and “chutzpa”, made a very successful journey and was able to create an internationally competitive space program.

More than any other account, this book explains how a very small country was able to make a concentrated use of its limited assets with astute leverage of international relationships while at the same time, create the backbone of Israeli civilian technology industries.