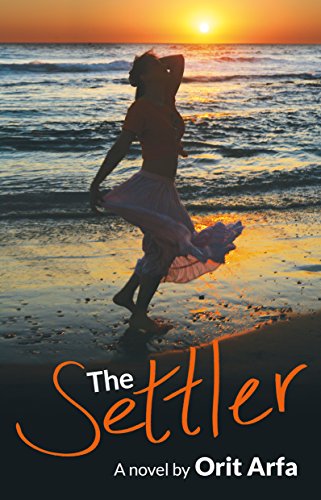 Once she is dragged out of her home by her own army in the Jewish settlement of Gush Katif in Gaza, Sarah Dakar is broken, like the land she was forced to leave. She sets out to Tel Aviv where she finds refuge from her pain in the famous nightclub, Atlantis. Ziv Harel, the club's charismatic, liberal owner, is intrigued by turning this "religious settler" into a nightclub queen.. But how far will Sarah go to question who she is and what she believes - and at what cost?

In August 2005, Sarah Dakar didn't lose only the home she loved in Gush Katif, a Jewish settlement in Gaza, she lost her faith: in God, in the State of Israel, and in mankind. How could God have mercilessly allowed her own army to drag her out of her home? And how could her fellow citizens have cheered on its destruction?

She heads off to Tel Aviv to start college. Once intent on bringing holiness to Israel's own "city of sin", this "good girl" now seeks to indulge in the hip city's pleasures to escape her loss. The deliverance she never thought possible comes to her in the form of Tel Aviv's hottest nightclub, Atlantis, and its charismatic owner, Ziv Harel.

Ziv is more than glad to transform a "religious settler" into a nightlife queen, but how far will Sarah go to question who she is - and at what cost?