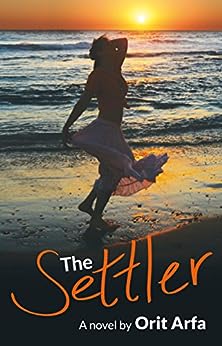 From the faithful fields of Jewish settlements in Gaza to the hot dancefloors of Tel Aviv...Sarah Dakar takes you on a journey through faith, music, love and redemption. During the controversial 2005 pullout from Gaza, Sarah lost not only her home, but her faith in God, country, and man. She heads off to Tel Aviv to start college--and, unexpectedly, lands on the dance floor of the hottest nightclub in Tel Aviv, But how far will Sarah go to question who she is?

In August 2005, Sarah Dakar didn't lose only the home she loved in Gush Katif, a Jewish settlement in Gaza, she lost her faith: in God, in the State of Israel, and in mankind. How could God have mercilessly allowed her own army to drag her out of her home? And how could her fellow citizens have cheered on its destruction?

She heads off to Tel Aviv to start college. Once intent on bringing holiness to Israel's own "city of sin", this "good girl" now seeks to indulge in the hip city's pleasures to escape her loss. The deliverance she never thought possible comes to her in the form of Tel Aviv's hottest nightclub, Atlantis, and its charismatic owner, Ziv Harel.

Ziv is more than glad to transform a “religious settler” into a nightlife queen, but how far will Sarah go to question who she is - and at what cost?