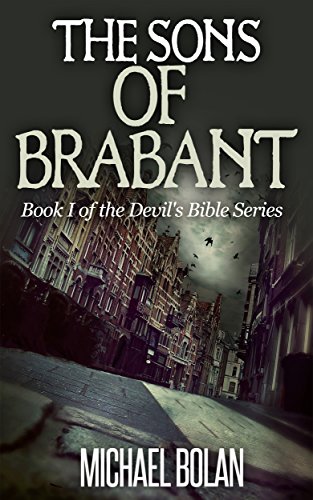 The Sons Of Brabant

At the end of the Thirty Years War. Europe is on fire. Fuelled by religion, politics and power, war rages across the continent, pitting father against son, and brother against brother. This is the world of the Brabant family, ripped apart by greed and hatred.

Europe is on fire. Fuelled by religion, politics and power, war rages across the continent, pitting father against son, and brother against brother.

In the wake of such conflict come horrific famine and deadly plagues. Rumours begin to surface of the End of Days, of the Four Horsemen of the Apocalypse and the violent Renaissance of Mankind.

As Europe burns, betrayal and feuding rages in the Brabant family. Why does Reinald, the powerful yet dishonest Duke fear his younger siblings so? How will headstrong Leo and noble Willem outsmart their older brother, and take back what is rightfully theirs? And what of Isabella, their troublesome younger sister, whose fiery temper lands her in love and in trouble...

Vowing to put right the wrongs of their family and bring an end to their brother's deadly plans, Willem, Leo and Isabella must chart a course through war, famine and pestilence.

Meanwhile Reinald forms an unlikely and deadly alliance with a megalomaniac, a warmonger, and a deranged yet brilliant scientist, hell-bent on seeing their holy mission through to its grisly conclusion.

Can the Sons of the King of Brabant survive? Help appears from the most unlikely of places...