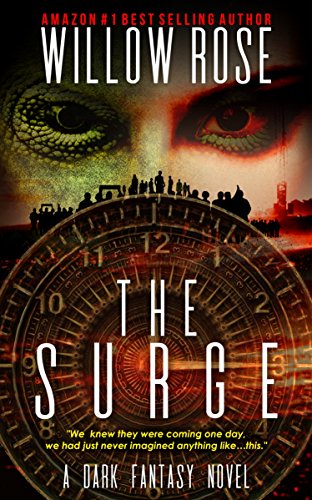 Imagine being invaded by the Chinese and they want something only you have.
But giving it to them would mean the death of someone you love.

"We knew they were coming one day, we just never imagined anything like…this."
Imagine being invaded by the Chinese.Imagine them coming to your small town.Imagine them wanting something only you have.Imagine them threatening to kill someone you care about just to get it.But giving it to them would mean the death of someone you love.
What would you do?

When the Chinese arrive in Ridge Manor, Florida, Sheriff Wayne is the only one who knows they're coming. He tried to warn the rest of the town, but no one would listen and now it is too late.
Joanna Marks has just come back to town after ten years on the run from her parents who did not want her to have the child she was carrying at only sixteen. The sudden death of her husband and father of her child forces her to come home just in time for the invasion.

As the days pass in the small town, now heavily invaded by soldiers, Joanna and Wayne both realize something is off with this invasion and with their invaders. Why are there so many of them, especially in their little town, and why is the highest in command settling at City Hall? Why are there no airplanes in the sky, tanks or bombs going off? Where is their military and how could they invade the entire country so quickly?

Each step closer to the truth is more terrifying than the last, and Joanna finds herself moving further from the world she knows and soon she dives into a world she did not know existed.