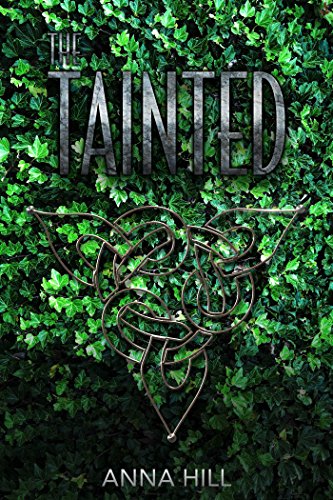 Orphaned at birth, Rebecca’s life had been anything but easy; constantly moving between foster homes, all the while plagued by traumatic night terrors. But, just as she finally finds stability, love, a tall, handsome stranger named Maverick reveals that he holds a secret to her past that could transform her greatest fear into her greatest gift. Rebecca must face the ultimate choice. Keep her newfound security , or throw her life back into chaos in order to discover what she truly is...Tainted.

Orphaned at birth, Rebecca's life had been anything but easy. From run-ins with the law to being bounced from one foster home to another, trouble and misery had followed Rebecca like a shadow. But now, entering her senior year of high school, Rebecca's life finally had a few bright spots—a kind elderly couple had taken her in, her grades were on the rise, and she'd found a best friend. Except for the vivid night terrors that continued to plague her sleep, her life was becoming rather ordinary. That is, until she met Maverick—a tall, handsome stranger who said he held a secret to her past and that he could transform her greatest fear into her greatest gift.

But to uncover this secret, Rebecca would need to embroil herself in a violent feud that has raged for centuries—a vendetta that could cost her everything, including her life. Faced with a terrible choice, Rebecca must decide whether to keep her newfound sense of normalcy and the relationships with those she'd come to love or risk it all and throw her life back into chaos in order to discover what she truly is...Tainted.