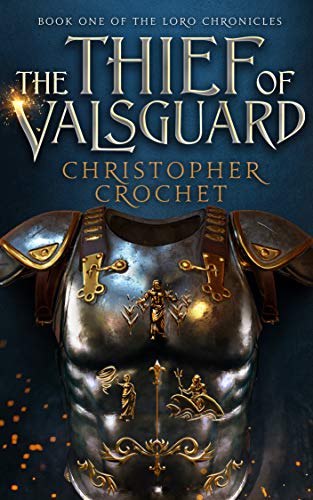 The legendary Greys are back, and villages are burning with no one to stand in their way. An unlikely band of friends might have the only tools to challenge them.

The legendary Greys are back, and villages are burning with no one to stand in their way. An unlikely band of friends might have the only tools to challenge them.

As an orphaned outsider, Damien has worked his entire life to earn a place in the modest kingdom of Lakefall. His hard work does not go unnoticed by King Simeon who has always had bigger plans in mind for the young soldier.

Rowan left his old life years ago to settle down for a quiet life with his wife and daughter. The retired hero is thrust back into action against his will but discovers he may have missed being called the Dragonslayer by the citizens of Westland City. As his legend continues, he must confront the deeper layers of his secret ability.

Russam has completed a fifteen-year scavenger hunt to find a map that his father gave him directions to on his death bed. When he finds more than he can handle, he’s sent on another search for the famed Dragonslayer, Rowan Everleigh.

Isabella has always dreamed of moving to Westland City and attending the university. When she learns her parents have hidden her father’s famed past from her, it changes everything. She soon finds herself on an adventure armed with a secret of her own.

When the four of them are put together, they soon realize that it is more than just coincidence. Gods, wizards, and ancient bedtime stories will all have a hand in the outcome of this epic fantasy adventure.