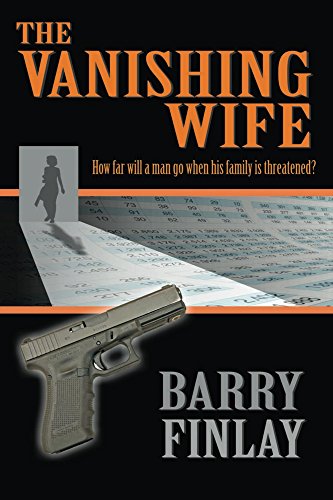 Mason Seaforth, a mild-mannered accountant, wakes up the morning of his 20th wedding anniversary to find his wife, Sami, gone. His investigation leads him to Sami’s secret past, and a casino in Gatineau, Quebec. As he closes in on Sami’s whereabouts, so do two deadly serious criminals willing to kill to protect Sami’s secrets.

How far will a man go to protect his family? Mason Seaforth is about to find out.

Mason Seaforth, a mild mannered accountant, wakes up the morning of his 20th wedding anniversary to find that his wife, Sami, has disappeared. A search of Sami's computer uncovers a past she has buried for more than 20 years. Together with their strong-willed friend, Marcie Kane, he leads an investigation that takes them to a casino in Gatineau, Quebec. As the two close-in on Sami's whereabouts, so do Aaron Marshall and his enforcer, Greg Johnson, AKA "The Force" - deadly serious men willing to kill the entire Seaforth family to protect Sami's secrets.Action-packed crime thriller with suspenseful storytelling and a surprising twist.

Mason is thrust into a race against Marshall and Johnson, thrown into a life that is meant for other people. He must put his quiet job on hold and quickly learn how to handle a Glock 17. Each decision he needs to make is deadlier than the last, and a wrong move could result in the death of his family.