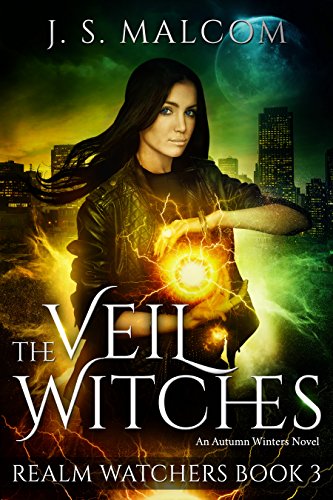 Dark magic is being used to kill witches, and vampires keep turning up dead. Autumn’s best friend remains missing, while nightly prowling of the city’s supernatural haunts has turned up nothing. What Autumn doesn’t realize is that things are just starting to heat up.

Autumn Winters has just started tapping into her powers as a witch. Someone wants to make sure she doesn't finish.

Dark magic is being used to kill witches and vampires keep turning up dead in alleys. Autumn's best friend remains missing, almost certainly at the hands of supernatural entities, while nightly prowling of the city's paranormal haunts has turned up no clues. Autumn has no idea how what's going on involves her, but something tells her that she's definitely connected. Little does she know that things are just starting to heat up.

Soon, Autumn learns that her only respite—a recurring fantasy within which she visits her dead husband—is no fantasy at all. Instead, she's been entering an all too real Death Realm, one in which a demon holds her husband trapped. Now, she must decide whether she can withstand what it will take to free him—a risk ensuring that, at best, she'll never see him again, but that may leave her forever lost.

As Autumn and her sister continue to come into their powers as witches, clearly someone out there views them as being too great a threat in the shifting balance of supernatural power. A dark force wants them gone. And clearly, that same force will stop at nothing—including murdering those they love—to make sure that Autumn Winters and her sister don't lay claim to their natural legacy as veil witches.