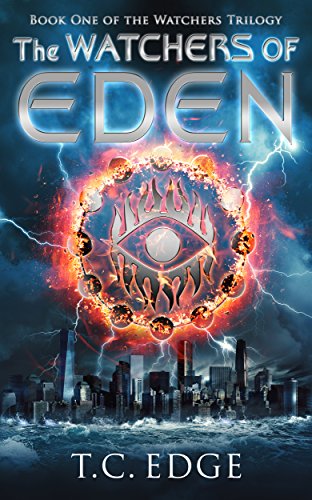 The Watchers Of Eden

Cyra isn't just a normal girl. She's got a special gift, locked deep down inside. She doesn't know it yet, but she's to be sent to Eden, the most powerful of the sea cities. There, her true purpose will be discovered, a purpose that will change her world forever

Her gift is her curse. Her world is her prison. Her fate is bigger than she knows...

In the hot and harsh farming region of Agricola, 16 year old Cyra prepares to be tested to discover what duty she'll hold for life. All school leavers across the regions are in the same position, and few expect anything more than to follow in their parents' footsteps and stay in the region they live in.

For Cyra, there was never a choice. With her father dead and brother and sister assigned elsewhere, she's desperate to stay close to her sick mother so she can take care of her.

On the day of the Duty Call, however, Cyra's world turns upside down in one stroke. She's to be assigned to Eden, the largest and most powerful sea city and central hub of control. Only the most important live there, and no one from Cyra's town has ever been assigned there in her lifetime.

So, she sets off on a journey away from everything she knows, without knowing what her duty will be. Soon, she discovers that she, along with a small number of school leavers from across the regions, has a special power; a gift that will pit her as a secret protector of the nation.

Only, it's not a gift, it's really a curse, and before long Cyra will learn that her once small world is filled with a great deal more corruption and injustice than she ever thought possible.