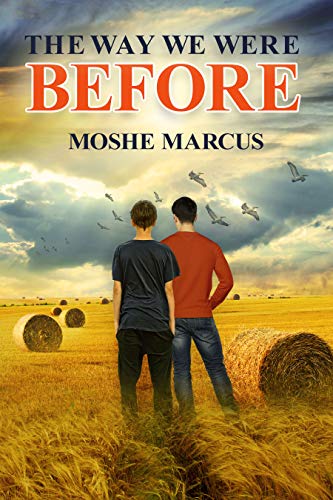 The Way We Were Before

Rico, an only child, grows up in a dysfunctional family. One day, his father takes him to an unknown place where he meets another abandoned child who turns out to be his older brother.
The two hit it off right away. But their happiness is short-lived…

It takes only one second for his life to change from top to bottom.

In a small immigrant town in the 1950's, Rico, an only child, grows up in a dysfunctional family; a mother who is always busy playing cards and a father who spends weeks at sea only to come home once or twice a month, angry and impatient. Rico feels like an orphan with parents.

One day, during one of his father's stints at home, he takes Rico to an unknown place. Rico has no clue where they are going and why, and is astonished when he is faced with another abandoned child who turns out to be his older brother. Rico finds out that his brother, Nathan, is the product of an affair his father had a few years before Rico was born and that they have a lot in common.

Rico is exhilarated! Finally, he is not alone! The two brothers hit it off right away. They are a team, they are family!

Their happiness is short-lived, when an unexpected event changes Rico's life yet again.