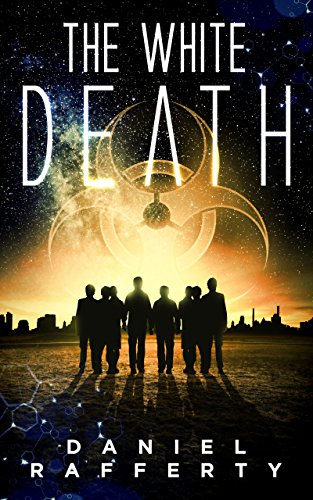 The human race is dying. Genetic mutations are multiplying. Genetic hatred floods the hearts and minds of mankind, society is decaying. The battle of pro-life advocates versus pro-evolution supporters rages. Enter a supreme alien council intent on "curing" this human illness. Diplomacy, science, a killer virus and war ensues.

The human race is dying. Genetic mutations are multiplying. Genetic hatred floods the hearts and minds of mankind, society is decaying. The battle of pro-life advocates versus pro-evolution supporters rages. The future is in the hands of the newly elected US President. America can't handle this crisis alone; the world needs to join together. President Morgan plans to use his executive power to make a difference. There has been too much talk, and not enough action from world leaders. Something must be done, now!

After only a couple of hours in office, President Morgan is told about Section 51. He learns what most of the world doesn't know; humans have been monitored by an alien alliance since 1903. Deep beneath Area 51 in Nevada is an experimental laboratory. This is the home of Freda, Earth's only alien resident. In this secret facility, Freda is joined by an elite scientific team, headed up by Dr. Peter Roberts. They are on the brink of medical discovery to reverse the genetic mutation. The alien council is planning an intervention, but what they initiate results in global outrage and a fight for survival.

As human populations begin turning on each other, desperate for survival at all costs, civilized societies across the planet begin to disintegrate. Governments crumble, chaos reigns, and death spreads like wildfire. Can the president and Section 51 thwart the real possibility of extinction ... and handle the consequences of their heart breaking decisions?