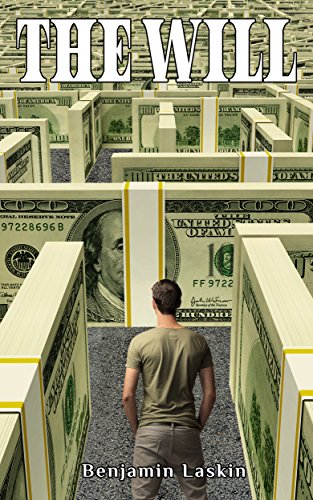 Slacker Josh McCain embarks on a grueling and often hilarious two-year regimen of self-discipline. Skeptics mock him, saboteurs undermine him, and his own dubious past jinxes him, but Josh resolves to prove that who he was is not as important as who he can become. Goofs, grit, and love.

Putting the will in willpower.

Josh McCain has two years to reinvent himself. Stripped of everything that made life a swanky, booze and babe-filled breeze, Josh embarks on a grueling and often hilarious two-year regimen of self-discipline that targets his mind, body, and spirit.

Along the way, skeptics mock him, his own past taunts him, and saboteurs resolve to stop him. But Josh is determined to complete his "bucket list from hell," and prove that who he was is not as important as who he can become.

Operating in unfamiliar territory, Josh turns to a cast of quirky characters to aid him on his secret journey; persons he'd have previously shunned. Upbeat and inspiring, The Will is an enthralling story of goofs and grit, of the regenerative power of friendship--and if Josh doesn't blow it--true love.