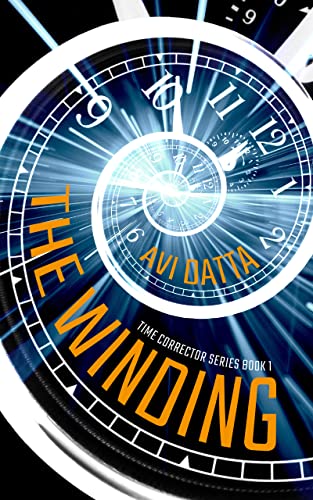 At the age of eight, Vincent loses his closest friend, Akane, to a time turbulence-a random rift in space and time. Thirty-two years later, she comes back in the form of a post-doc to work with Vince. Everything changes after that as Vincent discovers that Emika is split between what she wants and what Akane wants from her.

Would you change reality for love?

Morally complex, orphan, and absolute genius Vincent Abajian is hellbent to uncover all he can on Artificial Intelligence. His relentless pursuit distracts him from a traumatic childhood loss—his childhood best friend Akane was engulfed in a time-turbulence, a random rift in space and time.

But when a beautiful, temperamental, post-doctoral scientist, Emika Amari, joins his Center, everything changes. Vincent is convinced that Akane is inside the irresistible Emika. As they begin a life together, Vincent’s past and his connection with a time turbulence survivor challenge everything they’ve created and push them into a spiral of politics and conspiracy. Vincent’s silence to protect Emika threatens to tear them apart. Unknowingly, Emika is torn between what she wants and what Akane wants from her. With his newfound power, Vincent struggles with whether or not he should create another time-turbulence to free Emika from the grasp of Akane once and for all. But will tinkering with time be more destructive than anything he has ever encountered before?