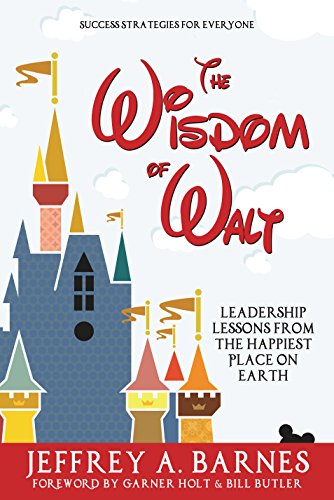 The Wisdom Of Walt: Leadership Lessons From The Happiest Place On Earth

By: Jeffrey A. Barnes

Disneyland is the place where dreams come true. Learn how Walt Disney, and Disneyland, can inspire and motivate you to follow your heart and make your dreams, like Disneyland, a concrete reality. Like a great Disneyland attraction, The Wisdom of Walt Disney takes its readers on a storytelling ride with many twists, turns, drops, and surprise endings.

Reading this book will change the way you see and experience Disneyland. Instead of Disneyland being a place of escape, Disneyland and Walt Disney will become for you a model of success. Learn how Walt Disney and Disneyland can challenge you to live your dream, inspire you to take action, and teach you how to create your own magic so that every day for you is as fun as a day at Disneyland.