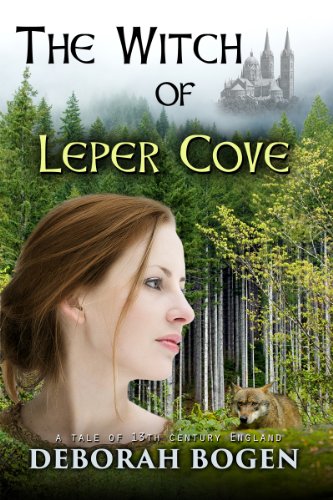 The Witch Of Leper Cove

England, the 13th century: Three siblings survive the deaths of their parents only to find themselves up against the Inquisition.

It's 1226 A.D. In the small English village of Aldinoch fourteen-year-old Lily is no longer considered a child, but when her parents suddenly disappear she has to grow up even faster than she'd planned. Her younger twin brothers do too, because the siblings have been turned out of their home. Apprenticed to new masters they must work long hours to earn their bread and pottage.

Lily trains with Alice, an herbal healer who cares for the villagers and for the lepers who live on a cove downstream. Wyllym learns the fulling trade, but Edric is sent to a monastery where he's expected to become a monk. Eventually they each make peace with their new lives, seeing each other on Sundays and growing into people their parents might not even recognize.

But sometimes, happy endings are temporary. In the 13th century the Holy Mother Church feels herself under attack. Religious dissent will no longer be tolerated. In Rome Pope Honorius creates the Inquisition. He charges the Dominicans, nick-named the Hounds of God, with the task of rooting out heresy wherever it may be.

Even a distant hamlet like Aldinoch does not provide safety. Abbot Godfrey from nearby Guildford charges Alice, Lily's mentor, with witchcraft. The whole village is astounded — in times of trouble the healer's herbs and poultices have saved many lives and the villagers see nothing but good in her work. However, when Bishop Hugo the Inquisitor shows up to try her for heresy no one knows how to stop him.

Lily and her brothers realize they are Alice's only hope but what can they do? They know they're out of their depth, but when Alice is imprisoned in Guildford Castle's dank dungeon the trio is forced into action. Mysterious allies are found, but will they be enough to save the Witch of Leper Cove?