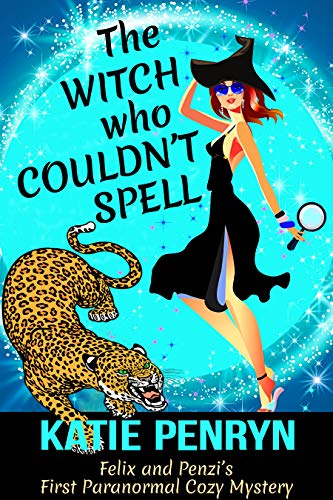 The Witch Who Couldn't Spell

Penzi’s a new witch in a new town. Her mother’s been locked up for murder. Penzi has to find the real killer to set her mother free. She could use magic, but she can’t decipher her grimoire's medieval script; she’s dyslexic. Enter Felix, sexy bodyguard, shapeshifter and assistant.

Mpenzi’s a new witch in a new town.

Her long-lost mother's been locked up for murder.

What should she do? Find the real killer – however dangerous that may be.

So far, Mpenzi's done well. Despite her reading disability, she's qualified as a lawyer in London and raised her two brothers on her own. But she doesn't have the skills to hunt down a murderer.

True Mpenzi's a white witch, so she could use magic, and she does have her mother's Book of Spells, but she's hit a stumbling block. Try as she may, Mpenzi cannot decipher the grimoire's medieval script. She needs help desperately if she's to save her mother from a life in prison.

Will the High Council of the Guild of White Witches listen to her plea and allow her an assistant in time to free her mother? An assistant with supernatural powers of their own?