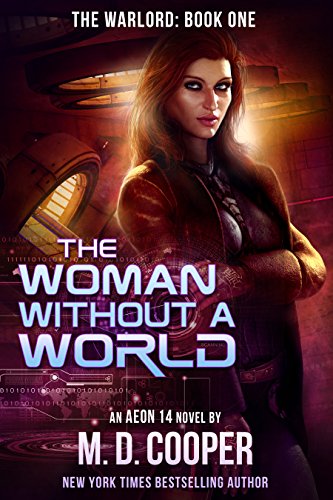 The Woman Without A World

Before the age of the Orion War...
It has been decades since the New Eden colonists left Victoria and disappeared without a trace.

Before the age of the Orion War...

It has been decades since the New Eden colonists left Victoria and disappeared without a trace. With no one left for her on Victoria, Katrina resolves to discover what happened to her missing friends.

With a small starship, a crotchety AI, and more hope than plans, she leaves, following the route laid down by the great colony ship, the Intrepid.

When Katrina wakes from stasis, she finds herself over four-thousand years in the future, in a galaxy that has fallen to ruin. Her only hope is that the Intrepid is still out there somewhere, still trying build a future.

But her own future looks grim from the slave pits of Bollam's World, where Katrina finds herself in short order. Sold off and shipped across the stars to a master trying to build an empire, she must use all her cunning and guile if she is to survive.

Katrina knows that her goal of freedom comes with a price, a price that will require her to become…