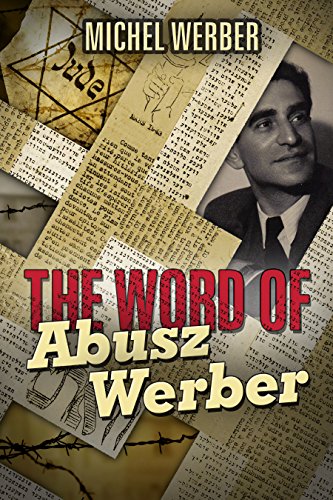 The Word Of Abusz Werber

This book is a platform on which the author has decided to speak-out and tell his father’s-Abusz Werber’s, story! This is an attempt to give Abusz and his activists’ party members the place they deserve in the chronicles of the fight against Nazism.

The extraordinary life story of Abusz Werber before, during and after the Second World War

Abusz Werber grew up in Poland from which he moved to Belgium. During the Nazi occupation, he was the party leader of "Linke Poale Zion" (Left-wing Workers of Zion), a Zionist-Socialist party in Belgium, and one of the initiators of the Jewish Defense Committee of Belgium. This committee managed to save about 3,000 children and several thousand Jewish adults from the clutches of the Nazis.A secret newspaper telling the truth!

With his party comrades, Abusz Werber ensured the editing, publication and distribution of 28 issues of a secret (underground) newspaper in Yiddish, "Unzer Wort" (Our Word), which appeared until the Liberation in September 1944 (and even after). In this newspaper, he assiduously denounced the lies of the German occupant, as well as those of the Belgian Association of Jews, who collaborated with them. He called neither to follow their orders nor to respond when summoned to go to Mechelen, a transit camp before deportation."The Word of Abusz Werber" gives Werber a place for his words

This book is an attempt to tell Werber's story and give him and his party members and activists the place they deserve in the chronicles of the fight against Nazism.