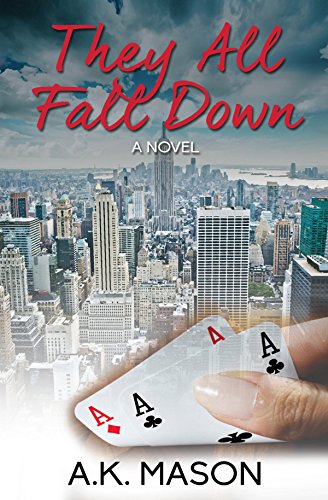 They All Fall Down

During a major financial crisis, fresh-faced trader Alexandra Kramer finds herself torn between two worlds as she struggles to balance a volatile career with an ailing marriage.

For her entire life, Alexandra Kramer has been checking a series of boxes. Trapped by the expectations of everyone else around her, she's made good grades, married the right guy, and secured a place at the prestigious Harvard Business School.

But in the chaos of the 2008 financial crisis, Alex suddenly finds herself running into the fire, instead of seeking a safe haven from the flames. Ditching her Ivy League plans, she becomes dedicated to showing she has what it takes in the high-stakes, fast-paced boys' club of Wall Street trading, as she forges her own path for the first time in her life.

As these volatile changes drive her husband Jamie into his own crisis, Alex is forced to examine the choices she's made—as she's torn between her traditional role as wife, and the exciting, Wild West appeal of the trading floor.

When her two worlds suddenly collide, it becomes clear the institutions she once believed in so strongly are more flawed than she ever imagined—and when everything comes crumbling down, it's up to Alex to decide for herself what's worthy of putting back together.