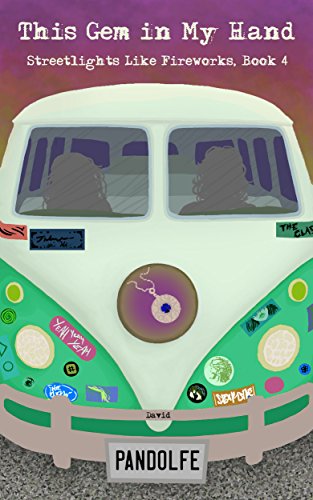 This Gem In My Hand

Psychic, Lauren Turner, has just a few days to rescue a spirit trapped in an historic home in Richmond, Virginia. Tough enough but even tougher when the other ghost who’s kept him there will do anything, even kill, to keep things as they’ve been for nearly a century.

A haunting vision of a forgotten girl. A house holding dark secrets. A spirit caught within a trap. Just when Jack and Lauren thought they were taking a vacation.

When Lauren first sees the forgotten girl, she does her best to ignore her vision. She and Jack are heading back to Richmond for the first time together and, right now, she just doesn't need any ghosts following her around. As it turns out, ghosts aren't that easy to shake.

Soon, a seeming coincidence gets Lauren and Jack involved in a paranormal investigation within a historic home. There are, in fact, poltergeists in the house but Lauren soon learns there are others remaining for much darker reasons. Now, she and Jack have just a few days to rescue a spirit caught within a trap. That would be tough enough but it's even tougher when the one who's kept him there will do anything, even kill, to keep things as they've been for nearly a century.