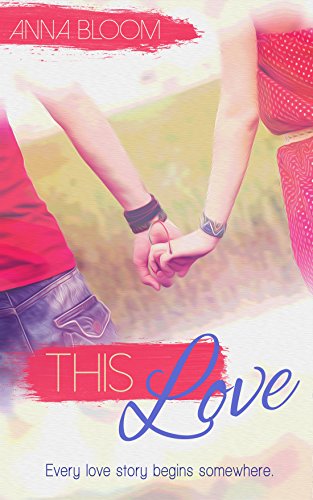 Amber's always planned to leave her small village and overbearing mother behind. Thats until she meets Freddy Bale and all her plans change.
Ten years later and when first love is given a second chance can Amber and Freddy lay their mistakes to rest and make This Love the strongest one of all.

Amber's always planned to leave her overbearing mother and their stifling small town behind as soon as she graduates. That is until her car breaks down outside Bale and Son's mechanics and she meets Freddy Bale. A boy who'd rather live in the moment than make a five-year-plan.

Ignoring her friends' warnings, Amber puts all dreams for her perfect future on hold, and dives into the romance heart first. On their last day of school, however, Freddy decides to call off their relationship, and Amber does the only thing she can think of: Run away and never look back. Just like she'd always planned.

Ten years pass before Amber sets foot in town again, only returning to look after her ailing mother. While Freddy wants to make amends, Amber is confronted with her own wrong choices from ten years ago. Choices that could change the lives of everyone she's ever loved.

When first love is given a second chance and the secrets of the past come hurtling into the present, will Amber and Freddy be able to lay their mistakes to rest and make this love the strongest one of all?