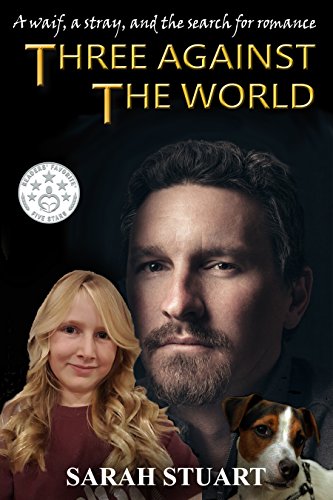 Three Against the World: A Waif, a Stray, and the Search for Romance

Richard loses his job, his gold-digging fiancée ditches him, and his ex-wife dumps Maria, a daughter he didn’t know about, on his doorstep. Can a single dad, a deserted teenager, and Richard’s stray dog, find someone who loves them all?

Richard's house is broken into, he loses his job, is ditched by his gold-digging fiancée, and a daughter he didn't know he had is dumped on him by his ex-wife.

Has Richard's life become a disaster, or is fate offering him a chance to escape a lifestyle forced on him by his father? Will Richard find another love?
Fourteen-year-old Maria knows her mother doesn't want her, but can she believe her father does, or is she a burden he'd be happier without?

Ben, a rescue centre dog adopted by Richard, supposedly doesn't like children, but he likes Maria. The Jack Russell defends the girl, but will his life be forfeit and Richard jailed?