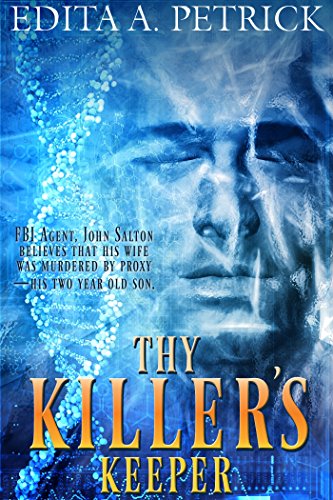 The FBI Agent John Salton is just as good at hiding dark secrets as he is at making himself appear as an ordinary, everyday person.
What are the secrets that John is hiding, and just how deep actually is the rabbit hole of his life?

A suicide bomber strikes at an unremarkable department store in upstate California. A week later, two teenage nerds perish in a house explosion that left a crater in the ground but otherwise did little damage beyond its perimeter. Five days after the tragedy, a dying teenage car thief whispers 'Marseille' to the FBI agents at her bedside. Any of the three gruesome events would have seen Senior Agent Vern Saunders summoning his crack operative, Carter, once on contract to the Justice Department.

Today however, Carter, lives far removed from such events. He is planning to surprise his wife, ex-history professor, Stella Hunter, with a trip to Europe to celebrate their first wedding anniversary. He's prepared to make it into a half-working vacation because Stella has no concept of relaxation. What he's not prepared for is to start his vacation by finding himself threatened not only by the terrorists, car thieves and artifact smugglers, but also by something that even mythology can't explain.

A horrific murder has taken place in Southern California. Emily Waters, a local teacher, has been bound in duct tape-leaving only her eyes exposed-and crushed to death under the wheels of a semi-trailer heading down the Eureka freeway. Who could have done this?

The San Francisco field office of the FBI sends two of their agents to investigate further. Special Agent John Salton is just as good at hiding dark secrets as he is at making himself appear as an ordinary, everyday person. He and his partner, Special Agent Ruby Tam set to explore the dark secrets of a town driven by sex and alcohol even as Ruby grows increasingly uncomfortable with her partner pushing his outlandish agenda that may see both of them dismissed…or killed.

However, when Salton's eight year old autistic son is transferred to an experimental facility situated not too far from the scene of the latest bizarre murder, Ruby starts to wonder just how deep actually is the rabbit hole of her partner's life? Suddenly the question as to who murdered Emily Waters becomes just as important as why won't Salton visit his institutionalized son.