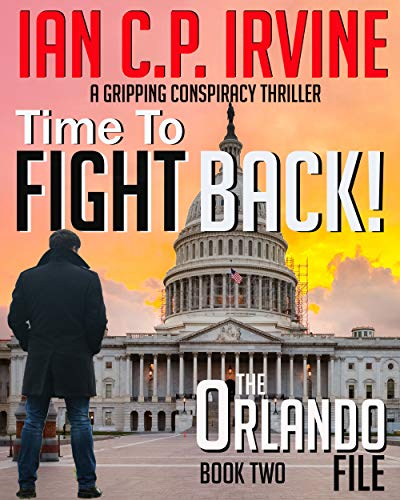 Time To Fight Back!

When Kerrin Graham, a retired cop and now an investigative journalist with the Washington Post, receives a call in the middle of the night, his life is about to be turned upside down.

When Kerrin Graham, a retired cop and now an investigative journalist with the Washington Post, receives a call in the middle of the night, his life is about to be turned upside down.

Six of the world's leading geneticists have all 'committed suicide' in the past seven days, his brother-in-law being the latest to die. Establishing that those who died were all employees of the Gen8tyx Company, a secretive research company based in Orlando, Kerrin sets out to discover the truth behind their deaths.

Discovering that those who died were killed to stop them unveiling the results of their revolutionary stem-cell research, a discovery that could usher in a new age of hope and health for all humanity, Kerrin vows to find who was responsible for their deaths and to uncover the powerful secret they were killed to protect.

On a trail that takes him around the world and back, Kerrin uncovers a sinister organization that will stop at nothing to protect the secret behind the mysterious 'Orlando Treatment'.

When those around him start to die, and his wife disappears, it becomes a race against time to find the missing 'Orlando File', the only hope of saving his crippled wife and proving to an unsuspecting world, the truth behind the sinister Chymera Corporation of America.

And yet, when Kerrin eventually understands just what the Orlando File contains, he is faced with a choice no man should ever have to make, and everyone who reads this book must ask the same question:
"What would I do, if I were him?"