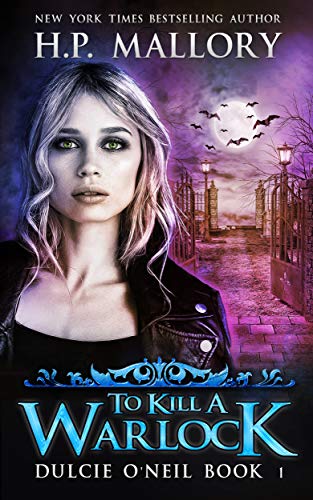 To Kill A Warlock

When a dark-arts warlock is murdered and Dulcie was the last person to see him alive, she needs to figure out whodunnit before she becomes the next victim.

I’m a fairy. But not the type to frolic in gardens.

I’m a Regulator—a law-enforcement agent who monitors the creatures of the Netherworld to keep them from wreaking havoc in the mortal world.

When a dark-arts warlock is murdered and I was the last person to see him alive, I’ve got two choices. Either figure out whodunnit before I’m deported back to the Netherworld, or before I become the next victim.

So, yeah, it’s really more like I’ve got one choice.

Enter Knight Vander, a cocky investigator sent from the Netherworld to work the case with me. Knight is what’s called a Loki and he’s the first of his kind I’ve ever come across. He was created by Hades, in Hades’ own image and can I just say that Hades must have been pretty damn hot…

Yeah, Knight is the sexiest guy I’ve ever seen but he’s also bossy, demanding, and way too convinced of his own self-importance. So, I’m not exactly thrilled to have him as my partner.

As the body count increases, I find myself having to keep a sex-crazed, sadistic demon in check all the while fending off the advances of a super powerful vampire, Bram. And dealing with Knight isn’t exactly a walk in the park.

Sometimes working law enforcement for the Netherworld is a real bitch...