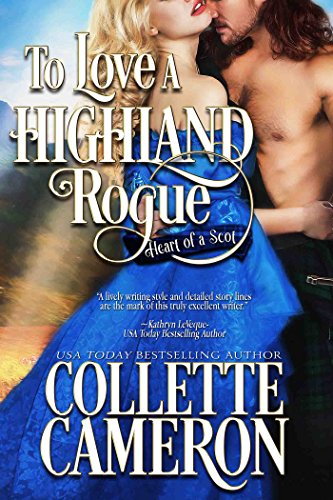 To Love A Highland Rogue

One rakish fiery-haired Scot accustomed to getting his own way, a lass who's fed-up with men dictating her life, and stubborn gelding with a superior attitude.

She's determined to end her betrothal, but he must make her his at all cost.

A Scottish lass determined to end her betrothal.

As an infant, Mayra Findlay's hand was pledged in marriage. So closely has her virtue been guarded, she's never been permitted a beau—has never even flirted with a man. However, after a chance encounter with a dashing rogue who sets her pulse and imagination cavorting, Mayra initiates a scheme that's sure to force her affianced to call off their union.

The laird who must make her his at all cost.

Until Logan Rutherford, Laird of Lockelieth Keep, inherited a near bankrupt estate, he had no intention of wedding the lass he was betrothed to as a wee lad. Now he needs Mayra's remaining dowry to save his beloved Lockelieth. However, before they exchange vows, he's determined to know just what type of woman he's reluctantly taking to wife. So he assumes his cousin's identity; a decision that soon has him snared in a