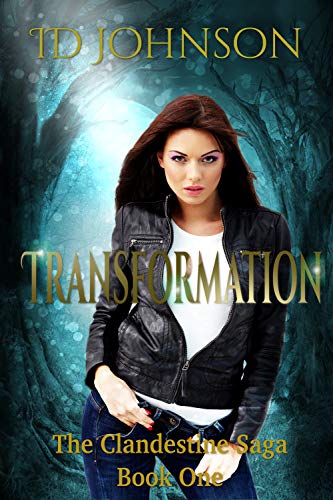 To survive, Cadence must escape a vampire queen....
Cadence Findley had no idea vampires even existed until she ends up killing one at a festival, trying to save her friend. Now, she's thrust into a world of guardians and hunters, vampires and monsters. Will she join a team of vampire hunters in order to avenge her friend and keep from being the next victim?

Pursued by a vampire queen, will she become the hunter?

Cadence Findley never gave much thought to vampires until one night when a dark encounter changed her life forever.

When her friend Drew is lured into the woods by a handsome stranger with steel-gray eyes and pale skin, Cadence instinctively knows he is dangerous, so she follows at a distance. Shocked at what she discovers unfolding before her eyes, she intuitively reacts. Seconds later, she finds herself alone in the forest, a decapitated head in her hands and the body of her friend at her feet.

Out of the shadows steps a man dressed all in black who insists she flee immediately. It seems the gray-eyed monster has friends of his own-the bloodsucking kind.

Now, they are coming for her.

Swept into a world full of creatures she never dreamed existed, Cadence is left with a choice. Can she outrun the clan of vampires who've marked her for death, or should she follow the advice of the one in black who saved her in the woods and transform into a vampire hunter?

Get ready to experience a world you've never known before, one full of Vampire Hunters, Guardians, and sinister Vampires who, if left unchecked, will destroy humanity. The Clandestine Saga follows Cadence Findley's journey as she discovers the world isn't always what it seems, and we are capable of much more than we've ever imagined when we are forced to choose between becoming the victim or the victorious.