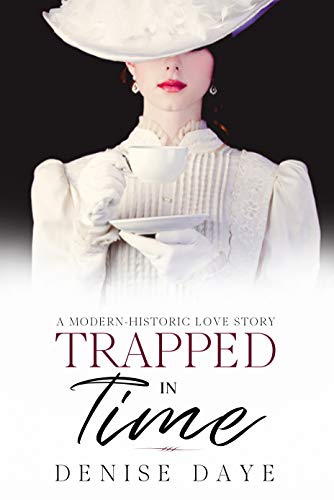 On the day she and her mother escaped her cruel father, Emma Washington vowed to never fall in love.

On the day she and her mother escaped her cruel father, Emma Washington vowed to never fall in love.

Now, Emma is a back-to-school PhD student with bigger and better things to worry about. That is, until one night, exhausted, slightly tipsy, and on her way home from a party, the glaring white light of a car comes crashing toward her, changing her life forever. Instead of waking up in a 21st-century hospital, she finds herself waking up in the backwaters of London, Victorian England, 1881…

Trapped in a time where everything she once knew is considered witchcraft, Emma discovers that Victorian London is a harsh world for a woman without wealth or status. She faces yet another life-changing twist when she learns her only chance of survival depends on the very thing she has tried to avoid her whole life—marriage. As if that isn't bad enough, she must betroth herself to none other than the most powerful duke in all of England, the notorious and feared Lord William Blackwell.

But…what begins as a fight for her life might just become a chance to find true love.