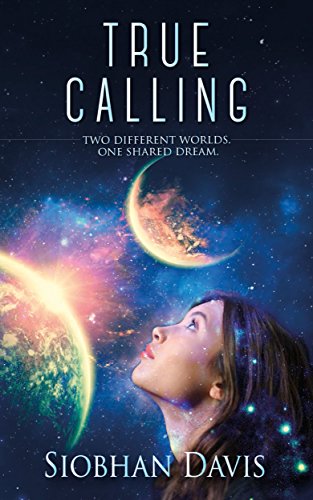 I wonder which situation is hardest.

Mine, because I remember everything, or hers because she can't.

Planet Novo, nestled in space twelve hundred miles above the surface of the Earth, is the new home of 17 year-old Cadet Ariana Skyee. Forced to flee to Novo two years previously—to avoid the succession of natural disasters which have ravaged Earth—Ariana and her family are part of the chosen few who have been carefully selected to share in this new existence. Other survivors reside in a technology deprived post-apocalyptic America; under the constant scrutiny of the ruthless regime, and deliberately kept in the dark about life on Novo.

The new government is strategically focused on the continuation of mankind and development of Novo society. They consequently announce the introduction of a televised e-pageant, 'The Calling', which compels every seventeen year old into impending marriage and parenthood.

Devastated at the removal of her free will and forced abandonment of her desired military career; Ariana grows increasingly alarmed at the authorities apparent pre-occupation with her. As a series of tragic events tear her family life apart, Ariana feels progressively more isolated and alone.

Her growing feelings for much-admired, fellow Cadet Cal Remus, intensify as 'The Calling' gets underway. Hot-headed, but fiercely loyal and protective, Cal shares knowledge which appears to indicate that the fragile fabric of their new society is disintegrating in front of their eyes.

Confused by the government-sanctioned memory erase—which has stolen her memories of those left behind on Earth—Ariana is struggling to comprehend the continuous, inexplicable dreams of the mysterious Zane.

Discovering the past helps shape her future, with devastating personal consequences.