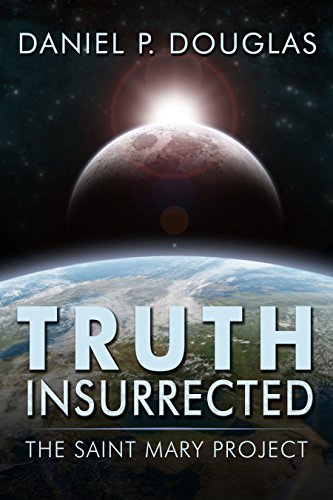 As former FBI agent William Harrison investigates a decades-old extraterrestrial cover-up, hired guns and an alien-human hybrid stand in his way of finding the truth and revealing the deadly conspiracy.

When former FBI agent William Harrison begins receiving mysterious postcards with the signature "Echo Tango," he's alerted to a deadly government cover-up beyond anything he ever thought possible.

His informant turns out to be a guilt-ridden ex-operative in the Saint Mary Project, an ultra-secret program engaged in alien contact. The organization is wiping out loose ends, and Echo Tango thinks Harrison is the man he needs to stop the decades-old conspiracy.

Thanks to a gunshot wound suffered in an attempt to thwart an armed robbery, the crime-fighting life is something of Harrison's past. He keeps his shooting skills sharp but walks with a limp, and he is more likely to catch marital cheaters than anything else--as a private investigator.

But Harrison can't shake the feeling that this paranormal case is meant for him. He enlists the help of colleagues and starts following the mysterious clues.

However, hired guns stand between them and the truth. There are also alien-human hybrids to contend with, but that's not all. Harrison's investigation also turns up a powerful secret about him and his family--a secret that may just be what lets him end these unimaginable crimes.

Will Harrison discover the truth and reveal the deadly alien contact conspiracy?