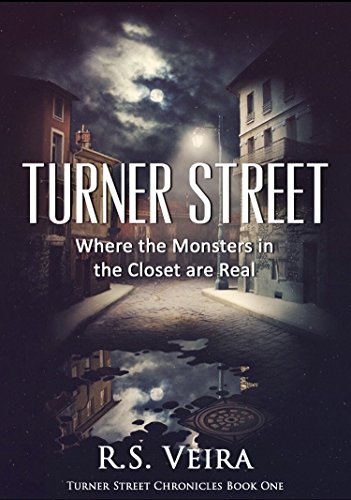 Turner Street: Where The Monsters In The Closet Are Real

Take a trip down Turner Street, where reality and fantasy are one and the same. A place where the monsters in the closet are real. This collection of stories is the legacy of those who call it home. Welcome to Turner Street.

What if the monsters we thought were lurking under our beds and in our closets were real after all?

For us, the answer to that question can be found in our nightmares, but for the children of Turner Street it’s their reality. Monsters, demons, beasts of the night, or whatever you wish to call them, feast on these adolescents; like cattle raised for slaughter.

The Invisible World Protective Service (IWPS), the agency tasked to protect the children of the world, has been overwhelmed by Turner Street’s unusually high level of supernatural activity. With resources spread thin, drastic measures have been taken. They have been forced to recruit anomalies, children with unique abilities.

A motley crew has been assembled. The team: a teddy bear, a boy and his pet lion, a set of psychic fraternal twins and a time traveler have been saddled with the task of putting an end to the supernatural disturbances on Turner Street. Their success or failure will not only determine the fate of their suburban homes, but of their world.