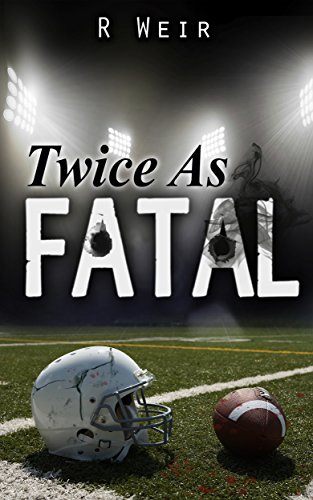 Taking on two cases, both driving him deep into a sleazy world of illicit money, drugs and sex. First a missing college football player who has lost his way due to injuries, leading him to make risky choices. The second, surveillance on a lying cheating husband whose wife wants a divorce. Each of the cases getting more and more complex and dangerous, directing Jarvis to a risky plan, leading to an unexpected conclusion. Twice the Danger, Twice the Action, Twice as Fatal.

Ray Malone is a promising college football star whose career is derailed by injuries. When he disappears, close friend Jarvis is recruited by Ray's father to locate him. After tracking him down a video is sent of Ray with the warning of it going public, threatening his career and those that love him.

Case two has landlord Kate Tanner hiring Jarvis to gather evidence against her cheating, thieving husband so she can divorce him. As Jarvis investigates he learns of the husband's connection to a powerful man, with a dangerously perverted agenda that crosses into Kate's life with deadly consequences.

Across the Rocky Mountain Front Range Jarvis tries to balance both cases, each dragging him deeper into different sleazy underworlds, jeopardizing him, his clients and their families. With danger and death all around him, he somehow must rescue everyone before this fatal business claims the lives of all involved, his life and the one he is growing to love.