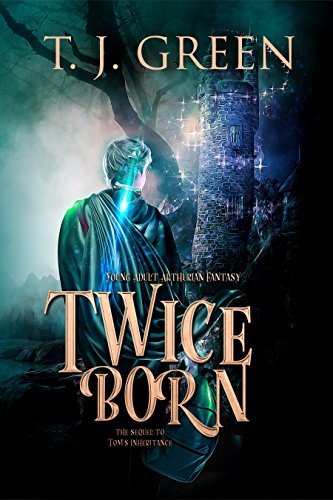 Tom is finally back in the Other, and once reunited with King Arthur. he joins the search for the missing priestess, Nimue. Their investigations suggest she is deliberately hiding, but why? Arthur is convinced that Merlin is involved, and puts them all at risk to find him, especially Tom.

It's been over a year since Tom returned from the ancient land of the Other after waking King Arthur, and he wishes he'd never left, so when Beansprout returns to see if he wants to go back, he leaps at the chance.

Finally reunited with his friends, he joins them in the search for Nimue, a priestess of Avalon who has disappeared. While they investigate Nimue's disappearance they wonder whether she's been taken by force, or is she deliberately hiding? And is her disappearance linked to something, or someone, in the past?

In this fast-paced race across the Other, Tom encounters strange beasts, ancient gods and dragons, and he find friends nor foes aren't quite what they seem. Friendship with Arthur brings risks. As Tom's life is threatened, will he have the courage and skill to survive?