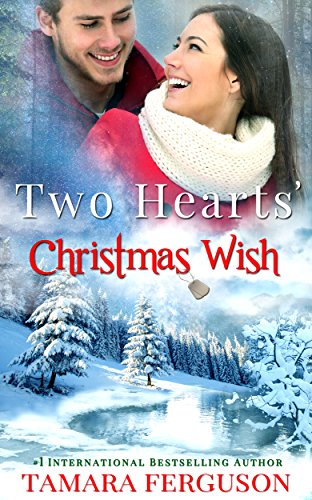 Meeting again at Christmas after fifteen years, will there still be that special Christmas magic between Kat and Jason to make their long ago wishes come true?

Seventeen-year-old Jason Matthews made a wish when he'd shared a kiss with Katherine Conlin under the mistletoe at Dragonfly Pointe fourteen years ago. Now an Air Force Captain and wounded warrior, he awakens in the hospital in Germany where his dreams have been invaded by the girl from his past.

Once he returns home to the states, he finds out approaching Kat might be a little more difficult than he'd thought since she's been in a long term relationship for nearly two years.

But another year later when Jason discovers she's on her way to the Dragonfly Pointe Inn for the Christmas holidays without her boyfriend, he seizes the opportunity to become reacquainted.

Kat had been expecting a proposal this Christmas, and when her boyfriend backs out yet again on the carefully laid plans she's made for them, she realizes she probably wouldn't have been happy with him anyway.

Will there still be that special Christmas magic between them to make those long ago wishes come true?