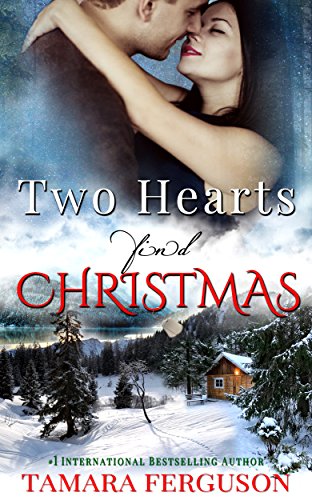 Despite an attempt on his life after confronting the demons from an abusive past, will blind wounded warrior, Josh, and his nurse Nina, find love at Christmas?

Josh Loughlin, a blind wounded warrior, has returned to his hometown of Crystal Rock, Wisconsin at Christmastime. As a teenager, Josh was part of a ring of thieves operating in the town of Crystal Rock and run by his father. When his stepbrother is forced to tolerate the mental and physical abuse that Josh himself experienced as a teenager, Josh decides it's time to stand up against his father, so he goes to the police, discovering his father is involved in even more nefarious activities than he'd suspected.

Under witness protection, Josh is given a second chance at a new life in the military, where he excels. But when he's severely injured in combat, he decides to return to Crystal Rock for his rehab, reuniting with his stepbrother Luke, who was led to believe Josh was in prison.

As a teenager, Nina Chandler was a caregiver for her mother who was dying of cancer. Instinct had told her that despite the bike and tattoos, Josh wasn't the bad boy he'd pretended to be. And when he saves Nina from near assault at Dragonfly Pointe they share a magical connection the week before Josh disappears, supposedly sent to prison.

Now a nurse at the wounded warrior home, Nina Chandler helps Josh confront the demons from his abusive past, and in the process she discovers the attraction she felt for him all those years ago has never gone away.

But does an attempt on Josh's life mean that his tarnished past has finally caught up with him, or will fate allow Josh and Nina to find Christmas and the love that was meant to be?